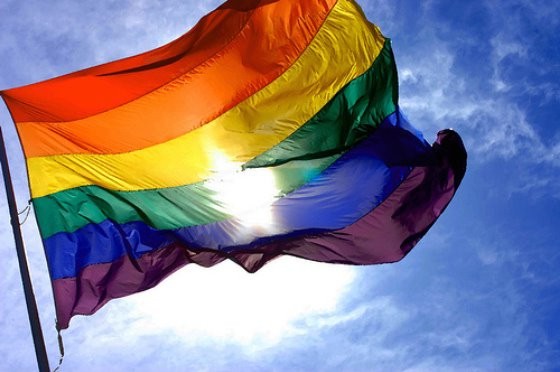 On Friday, just after one o’clock, I popped out for a bit of lunch. It being nearly the weekend and a bank holiday to boot, I bypassed the pre-packaged monotony of the Sainsbury’s meal deal and ordered a pulled pork with apple sauce bap (brown) from my favourite sandwich shop.

A pleasant stroll round the corner to my preferred park bench later, I found myself scrolling through Twitter. After five minutes, I was in tears. Big, manly tears, you understand – because of a hashtag.

You see, yesterday, Ireland became the first country in the world to legalise same sex marriage (or as a good friend of mine quite rightly describes it, ‘marriage’) as a result of a public vote.

On Friday, in anticipation of a close fought battle (Scottish independence, anyone?), Irish expats – or at least those who’d been out of the country less than 18 months – were returning to the motherland to make their voices heard. As is the modern way, many of those making the journey documented it on all the usual social platforms, and the #hometovote hashtag was born. Within a few hours, it was trending (for the uninitiated, this means it was among the most highly discussed topics) across Europe, the USA, and Australia, among other places.

There were posts and pictures of people on trains and planes, boats and buses, of queues at baggage reclaim, at taxi ranks, and views of tail lights through rainy windscreens. There was one particularly endearing picture of a childhood bedroom, lovingly bedecked in rainbow flags by an excited mother for her returning son.

The optimism in these posts was palpable. The sense that change was not just achievable but almost within reach oozed from every share and every retweet. People from across the world were getting involved and showing support. I dabbled in it myself (a post that as of six hours ago had earned 223 retweets, 331 favourites, and been viewed by over 17,000 people – not bad for someone with only 138 followers who mainly posts about brass bands and whatever’s on the telly).

The #hometovote hashtag just made me cry on a park bench in public. I’m not even Irish. Or gay. People are awesome. #VoteYes

I’m not embarrassed to admit that I found this outpouring of positive emotion hugely moving. Yes, there were genuine tears. For quite a few minutes. At one point on the way back to the office I had to give myself a bit of a talking to in case my colleagues thought something terrible had happened while I was out.

Putting this sort of decision over to the will of the people is a risky move, in all honesty – as reflected in this Guardian article about why minority issues should never be decided by a majority. But to assume that the people of the nation would be unable or unwilling to recognise that love is love, regardless of gender, would be to reckon without the compassion and empathy that makes us all human.

Of course, this international online love-in would’ve been somewhat dampened had a silent majority emerged from its shaded cloisters and voted no. But it didn’t. Of nearly 2 million votes cast, over 1.2 million of them, more than 60%, were in favour of marriage rights for all.

And so through the actions of a small but significant country whose people can be found in all corners of the globe, we are reminded that when we take a risk, lay ourselves bare, are honest about who we are and allow ourselves to be judged, this is when humanity shines through. The positive embrace of a supportive public is more validating, life affirming, meaningful and ultimately sustainable than any dry legislation forced anonymously onto the naysayers.

This was not just about marriage. Matters of equality are never about just one issue. This was about acceptance, dignity, and love. And who doesn’t want a bit more of those in their lives.

People of Ireland, you happy, hopeful, home-to-voters, you courageous, confident, never-lefters, you have made the world a nicer place to be for all of us.

2 thoughts on “I fecking love you, Ireland”