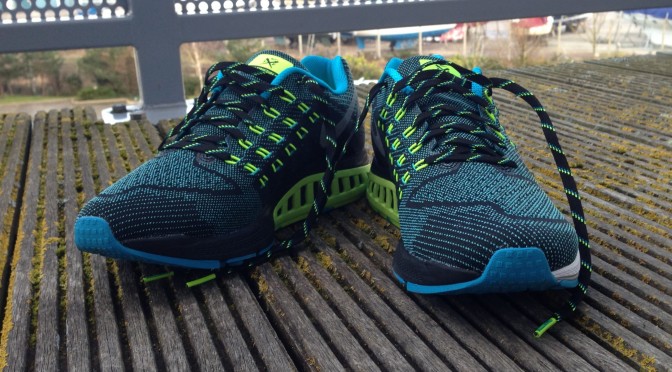 In October last year I went on holiday to Turkey with my brother and his family. One day at breakfast my sister-in-law Charlie took great joy in mocking the t-shirt I’d worn to bed – a ‘finisher’ t-shirt from the Great South 5k in 2013.

Now, I was really proud of this t-shirt. I’d never been a runner, and to finish a timed event that justified not only a t-shirt bud a medal as well had felt like quite an achievement. I’d actually completed the event the previous year fuelled by the Olympic spirit, and both times had promised myself that it was a start point to more running exploits, not a goal in itself. But then the evenings would get darker and colder, and I’d find more ways to talk myself out of popping out for a quick trot round the block.

But earlier in 2014, Charlie, who I had never previously seen embrace any sort of regular physical exercise, had completed not one, but two 10k races. One of them involving a dip in Loch Ness and some kind of activity in a bog. You have to know Charlie to understand how out of character this was. She usually requires no small amount of persuasion (not to say peer pressure and, on the part of her children, downright bullying) to get her into a heated swimming pool on holiday. As was only right and proper, I conceded the bragging rights – which she still holds to this day, and isn’t afraid of using – and resolved to reclaim them in 2015.

And so, shortly after returning from Turkey last October, I dug out the old couch to 5k programme for the third time and set myself the target of finishing a 10k at some point before the end of this year. The last 8 or so months have been a learning curve, and here are five things I thought I knew when I started out.

1. There are no fat runners
It’s fair to say you don’t see many larger people out running. That’s not to say everyone’s built like a twiglet, I quite often pass fellow heavyweights, and we give each other that sympathetic, knowing nod. But the regulars you see are all pretty trim. I used to think that was because all the fat people stayed at home on the sofa. I now believe it’s because it’s very difficult to stay porky when you’re running four times a week. I don’t weigh myself, but I can tell from the fact that a pair of shorts I bought in 2009 now fits me for the first time ever (actually they’re a bit too big) that I’m lighter than I was when I started. Believe me, that was not the goal. I haven’t really changed what I eat and can still consume the weight of my own head in maltesers without pausing for breath. But I’m also covering about 30km over the course of an average week and that seems to be having an effect.

2. Cross training is for masochists
On one of my previous dalliances with running (see ‘Olympic Spirit’) a work colleague lent me a book that contained a range of training programmes for every distance up to marathon. I ambitiously photocopied all of them and would occasionally glance at them before returning to week three of the ‘just get me to run non-stop for half an hour without dying’ section. I noticed that every single one of these programmes gave slots over to ‘cross training’, and I didn’t really get it. How did people possibly have the energy on a non-running day to think about doing anything other than binge watching Netflix for three hours? But more recently, my body has got used to (and, whisper it, started to enjoy) going out four times a week, and I’ve had a little dabble with proper cross training. It’s amazing. Half an hour on the mountain bike on one day, a mile in the pool on another, and a yoga session on the third – my joints feel less sore, my muscles are looser and when I do get out for a run again there’s a noticeable benefit. Who’d have thought?

3. People who run on Christmas Day have something missing in their lives
A controversial one, possibly, but I used to sit at Christmas dinner with the family and look out at the road outside my mum’s house at the occasional jogger going past (usually in the dark and resplendent in neon clothing) and think – what are you doing? Is your life so empty that on Christmas Day you feel the need to go out for a run? Last year, Christmas Day fell on a Thursday, which at the time was one of my running days. I hadn’t skipped a session for any reason since October, my brother David was visiting from Scotland and had his running shoes with him, and I knew that Christmas dinner would be much more enjoyable after a run. I became one of those people. And I’d do it again.

4. Running is boring
Running in the gym, on a treadmill, is boring. Staring into space, trying to avoid eye contact with the person on the rowing machine at the other end of the room, big digital numbers taunting you with how much further you need to go to run off the chicken korma you had last night. Running outside is anything but. I’ve got favourite routes, of course, tried and tested that I know will take a certain amount of time that I can fit into my schedule. But the best days are when you head out of the house not really knowing where you’ll end up.

5. Some people just aren’t runners
I used to say ‘I’m not a natural runner’, and I still believe that’s true. Charlie completed her 10ks with virtually no training, her attitude to it summarised as ‘you just keep going’. For me, every mile is hard earned. Sure, I’m fit enough now to go out for two and a half hours and just see where my feet take me, but I’ve earned that freedom through sweat and slog. I may never be a natural runner. But I am now a runner.

On January 1st 2015, rather earlier than I had anticipated when I set myself the challenge for the year, I ran 10k.

I had to review my targets slightly.

This year, as part of my year of fundraising, I’m aiming to complete three running events in aid of St Wilfrid’s Hospice:

If you’d like to sponsor me, you can do so on my Givey page (it’s like JustGiving, but unlike JustGiving they don’t take a cut of your donation) or in person when I next see you. If you’re in the Seaford area on the morning of Sunday 5 July, it would be great to see you on the seafront where my family will be accepting donations. I need all the help I can get!