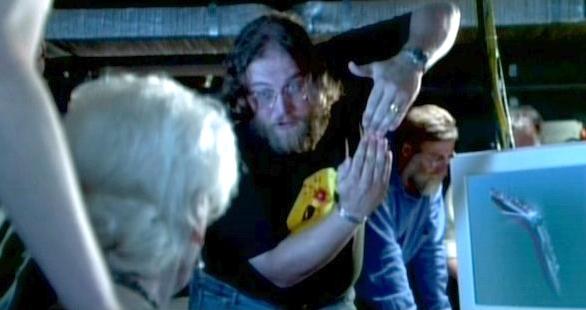 There’s a long-running joke in our family of which I am unavoidably, inarguably, and unrelentingly, the butt.

Actually there are several, including one involving yoghurt that’s been going for over 30 years, but they’re not relevant to this particular story so I’ll save them for another day.

It all stems from one Sunday afternoon in mid-1997, when we were sat round the dinner table at my mum’s house having just polished off a roast dinner. Both my older brothers (at that point in their mid-twenties) were there, which probably explains why this particular anecdote has stuck around like an unwelcome relative on Boxing Day. The scene unfolded something like this:

Older brother no. 2: Have you heard about that film that’s coming out at Christmas, Titanic?

Me: Yes, I’m looking forward to seeing it. It sounds like it’ll be good.

Me: I wonder what it’s about.

Cue both older brothers wetting themselves laughing, and mum doing that smirking thing that means she knows she shouldn’t laugh really, because they are after all taking the piss out of me, but she is powerless to resist at least a snigger in response to such a dimwitted statement.

Let’s be clear – despite what my brothers may tell you, I am not now, and never have been, one of those idiots who supposedly didn’t realise that the 1997 blockbuster was based on a true story.  The point I was making, if any of them had stopped laughing long enough to listen (either at the time or since), was that everyone already knows the ending to that story. How does James Cameron persuade enough people to part with enough cash to recoup an estimated $200million budget when even primary school age children can summarise the plot in five words – big boat, hits iceberg, sinks.

I feel his pain.

Last week I wrote a post that sort of spoiled the ending to my own story.

I love a good plot twist. Jeffrey Archer books always have them (at least until you’ve read enough of them to realise they’re all the same). I loved the ending of The Sixth Sense so much that I spent quite a lot of time trying to buy a T-shirt with the phrase ‘I see dead people’. If you don’t get that, as my 13 year old niece would say, you need to get yourself a ‘moviecation’.

My story doesn’t really have a plot twist. I could invent one, but that would kind of defeat the object. And probably upset some people. Either way, it’s not an option.

So since James Cameron managed to tell a story to which everyone knew the ending – to the tune of over $2billion and counting – I have been looking to his example. Admittedly, he had the assistance of Kate Winslet in the buff and a virtually pre-pubescent Leonardo DiCaprio, but he also had to contend with the warblings of Celine Dion and Billy ‘the wardrobe has more facial expressions than I do’ Zane (honestly – Google him, it’s disturbing).

What follows over the first few weeks of January therefore, until the story picks up fully in February and March, is henceforth to be known as the ‘Lewis Abernathy period’. Lewis Abernathy is this guy: 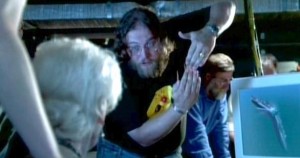 His job in the film is to state the obvious right at the beginning. To confirm the bits we already know, while adding a few details we probably didn’t, so we can get on with what the film is really all about – Kate’s battle with kleptomania and Leonardo’s kinky drawings. He removes any uncertainty, or suspicions we might have had that there will be a plot twist of epic proportions, and allows us to focus on the important bits.

All of which is a slightly long winded way of saying I’m going to start this story at the end. The first few posts you’ll see will be me filling in a few gaps, bringing you right up to date with what happened immediately after 22nd December 1995, and a few things that happened in the following couple of decades.

There will also be something about how you can get your hands on some coconut centred Quality Street, since that seemed to capture people’s imaginations (and a worrying number of you apparently like them).