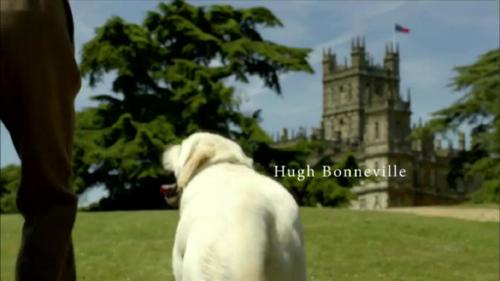 Given my particular talent for sitting round in my pants doing not much at all, I’ve decided I really ought to see if it’s possible to earn a living doing so. Seeing as live blogging essentially seems to involve two of my other favourite things (watching TV while being sarcastic on the internet) that’s the logical place to start.

I’ve sort of watched Downton but spent most of last week’s episode a little bit distracted by Twitter, so watch me hilariously try and simultaneously type, work out what’s going on, and be funny.

I’ve charged the laptop, done the washing up, and been for a wee. Not sure if there’s anything else I should do before this starts. Guess I’ll find out later. Watching this Harrow documentary on Sky One as a bit of a warm up, but deliberately taking the piss out of real actual children (even very, very posh ones) seems a bit mean.

Have discovered a potential occupational hazard of a less than standard working environment. Nearly spilled a whole pint of Robinson’s Orange and Pineapple squash on the laptop then. That would have been VERY ANNOYING.

Haven’t even started yet and my laptop sounds like it’s about to take off. Fingers crossed we both make it to the end.

Disappointingly I’ve just realised that the Yorkie man-size buttons I’ve been saving are not as nice as their better known competitors. I shall struggle on. In other news, I may at some point have a go at liveblogging the X Factor. Even though I loathe it. The things I do to avoid having a proper job when I’m 35.

Don’t know what happened then but for a painful moment I thought the internet had died. Seconds to go…

There’s a TV show called Pat and Cabbage. I love this.

It’s starting! Apparently there will be a sticky situation involving Lady Rose. Can’t remember which one she is, but brilliant.

Ooooh, a box for Lady Mary. I wonder what’s in it. They’re going to give it to His Lordship in case there’s something in it to make Lady Mary cry. How very considerate.

And it turns out Matthew intended Mary to inherit his estate. This is good, because it gives Hugh Bonneville something to be grumpy about. Grumpy is what Hugh Bonneville does best.

Since when was Mr Moseley doing anything that involved getting his hands dirty? I’ve clearly missed a major development here.

So Matthew left a letter concealed in a book that says he wants to leave everything to Mary. That’s jolly convenient for the storyline isn’t it? Ah well, at least it gives Maggie Smith a chance to be condescending to a corpse.

The prudish one from Calendar Girls is optimistic. Hugh Bonneville thinks it’s a load of old nonsense.

Commercial break. This is harder than it looks. Keeping up with what’s happening and being witty about it requires a bit of practice. Maybe Downton wasn’t the best place to start…

Well there’s a St John’s ambulance advert you don’t want to watch just before you go to bed. Oh, wait…

An we’re back. Thomas-of-the-gammy-hand is chatting up the new lady’s maid. This is surprising, given that he normally has different preferences in that direction. He’s up to something.

Ooooooh, SHE’S Lady Rose. The annoying one from the unnecessarily morbid Christmas special.

Mr Carson was fond of a lady called Alice Neale. She hurt him, but he cheered up when he remembered that we all die. Such a charmer, that one.

So, Lady Rose wants to go to some kind of shindig in York, and she’s persuaded the-one-who’s-married-to-the-one-with-a-limp to go with her. No idea what the shindig is, but I’m fairly confident it won’t involved disco balls and speed.

‘Explain… The crops… And the livestock…’ Maggie Smith summing up the complexities of the situation.

Another break. I think the key to this might be to slow down a bit. Aim for quality over quantity. A different tack for the second half methinks.

This was not time travel. I’ve just fixed the time zone issue.

Aaah, the ugly sister. I was wondering where she was. Now what’s happening in her tumultuous love life? She seems to be with someone who’s nearly German and nearly divorced. Not entirely sure how that’s relevant, but Mama’s giving a house party next month. Convenient.

The annoying one from the Christmas special and the one who’s married to the one with a limp have just entered something called the York Dance Hall, to be greeted by Lee from Hollyoaks. This doesn’t bode well. Lee from Hollyoaks always plays slightly dodgy characters.

That green hat is truly hideous.

Master Bates is faking Molseley signature. Why’s that then.

Was that really the sticky situation?! A punch up? Lee from Hollyoaks didn’t even get involved. Disappointing.

Third break. Flagging slightly. How do people do this for the marathon that is the X Factor?! New found respect for Stuart Heritage. Still, if this was my job…

Am I the only one that thinks ‘Women behind bars with Trevor McDonald’ sounds like the sort of DVD you would carry away from a shop in a brown paper bag?

Rose has pulled. One of those common types.

Sill confused as to why you would cast Lee from Hollyoaks as a speaking extra.

Got to be honest, the ending has been a bit slow.

Right. What have we learned.